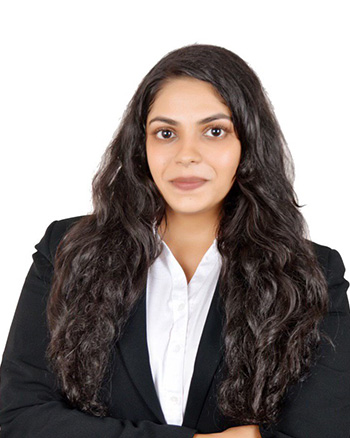 Lakshmi Raman (BBA LL.B.) graduated from Symbiosis Law School, Pune and has been enrolled as an advocate with the Bar Council of Maharashtra and Goa since 2013. After her graduation, she has worked under the guidance of renowned criminal lawyer, Advocate Satish Maneshinde, for over 6 years before co-founding Numen Law Offices, a dispute resolution and criminal litigation firm having its offices in Delhi and Mumbai.

Lakshmi continues to be on the #MeToo pro-bono list wherein victims approach lawyers for consultation and guidance in seeking appropriate legal recourse. She has been a part of the Internal Complaints Committee constituted under the POSH Act for Bennett, Coleman and Company Ltd as an external member.

Her expertise in the field of criminal law includes a key focus on the following areas:

Some noteworthy accomplishments of Lakshmi Raman include: