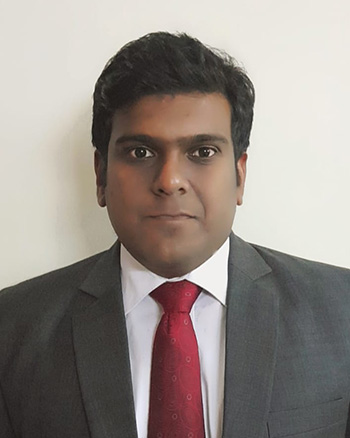 C. George Thomas (BA LLB) completed his graduation from Symbiosis Law School, Pune in the year 2012 and has been enrolled with the Bar Council of Delhi since 2012. He is also an Advocate on Record in the Supreme Court of India.

He started his practice in the field of Indirect Taxation at the Chambers of Mr. Rupesh Kumar in 2012 till 2014. He appeared in and handled matters for a large number of manufacturers and service providers before the Customs, Excise and Service Tax Appellate Tribunal, High Courts and the Supreme Court of India.

He further honed his skills under the able tutelage of prolific Advocates on Record, Mr. Ejaz Maqbool and Mr. Gaurav Agrawal before he started his independent practice in the Supreme Court of India in June, 2019. Thereafter, he co-founded Numen Law Offices.

His area of interests includes:

Some of the noteworthy matters he has appeared and handled which settled substantial questions of law include the Entry Tax matter before a Nine Judge Constitution Bench, the Triple Talaq before a Constitution Bench, Ayodhya reference, IRCG matter pertaining to damages to religious structures damaged during the 2002 riots in Gujarat, Ahmedabad Municipal Corporation matter pertaining to levy of local taxes on mobile towers.

Some noteworthy accomplishments of C. George Thomas include: