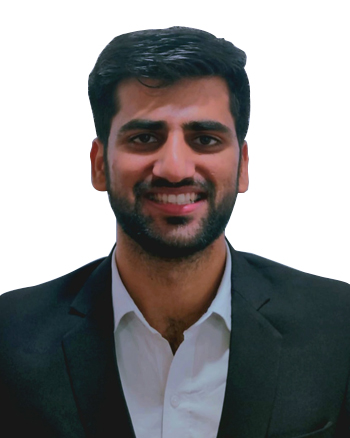 Devesh Bhatia, is a 2021 law graduate from the Institute of Law, Nirma University, Ahmedabad. After completing his B.A. LLB. (Hons.) he has briefly worked with the Gujarat Industrial Development Corp. in Gujarat as a Legal Expert (G.I.D.C). During his tenure at the G.I.D.C. he was involved in matters pertaining to the Recovery of debts due to banks and financial institutions act, 1972, Gujarat industrial development act 1962, Gujarat public premises act, 1972, Insolvency and bankruptcy code, 2016.

He is an ardent reader of prevailing issues in Macro-finance, Geo-politics and their impact on businesses in India. In his leisure time he likes to hone his passion in philosophy, poetry & learning a new language.

He is currently enrolled as an Advocate with Bar council of Delhi and working as a Trainee Associate with Numen Law Offices, wherein, he is involved in, and assisting with several matters in the field of commercial law including real estate, insolvency and private client practise. He is also involved in litigation involving business crimes before various courts at Delhi as well as economic offences wing.